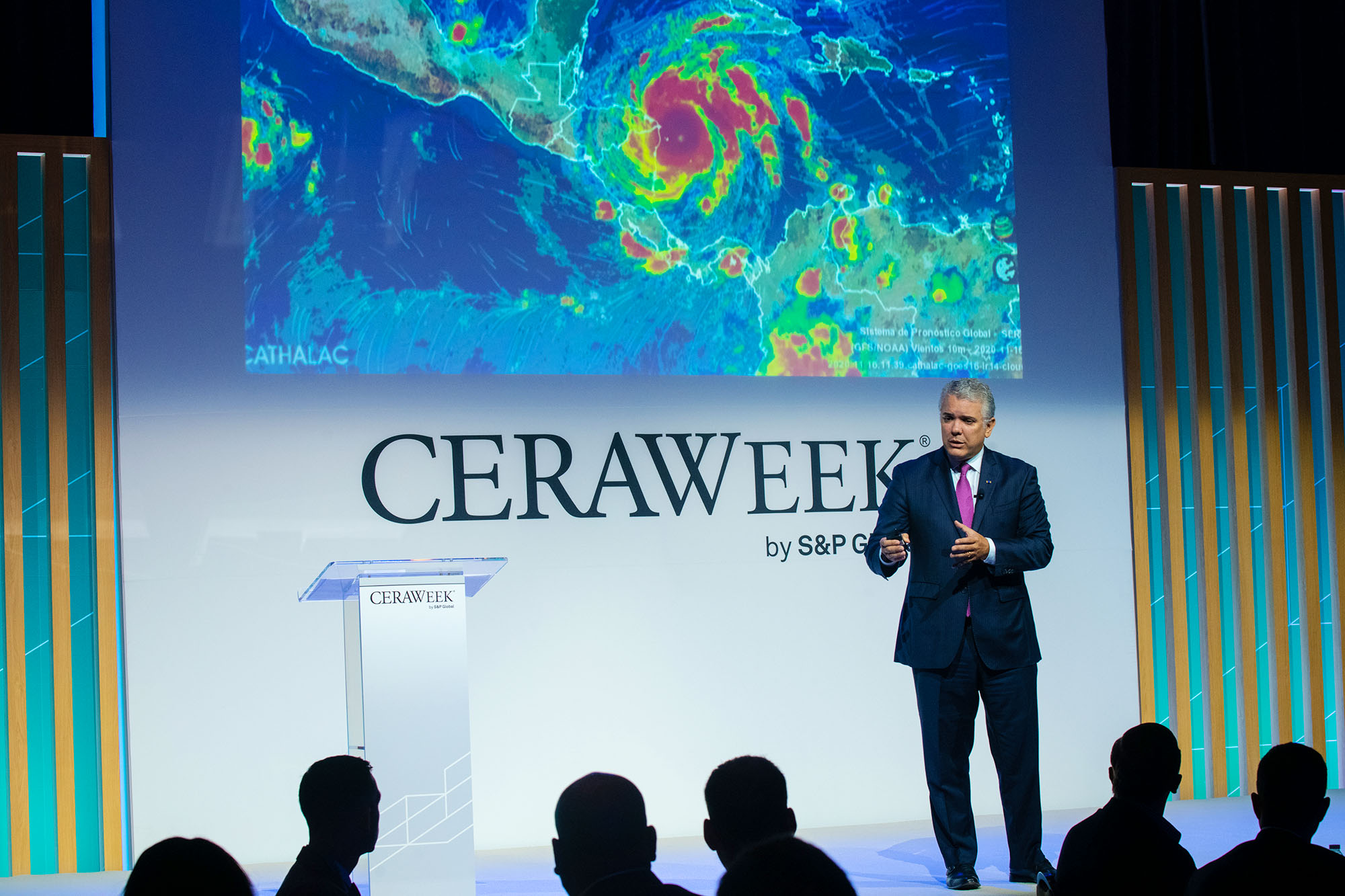 Former President of the Republic of Colombia

Iván Duque Márquez was born in Bogotá on August 1, 1976. He is a lawyer from the Sergio Arboleda University, a Colombian politician and writer. He is married to Mrs. María Juliana Ruiz, with whom he has three children: Luciana, Matías and Eloísa.

He took oﬃce as president of the Republic of Colombia on August 7, 2018, and, for four years, ruled this South American country with his tenets of legality, entrepreneurship, and egality.

His public career began as an advisor at the Colombian Ministry of Finance in 2000, from where he led for Washington, DC as Colombia’s senior advisor to the Inter-American Development Bank (IDB) between 2001 and 2010. From there he joined the investigative panel on the incident between Israel and Turkey in relation to the Israeli incursion on the ship Mavi Marmara. He then returned to the IDB as head of the Culture, Creativity and Solidarity Division from 2011 to 2013.

He became senator of the Republic of Colombia from July 20, 2014, to April 10, 2018, where he promoted ﬁve laws on the extension of maternity leave, promotion of electric mobility, availability of defibrillators in public places, creation and promotion of the ﬁgure of BIC companies (Beneﬁt of Collective Interest), and promotion of creative industries (Orange Law). He resigned his seat in the Senate to devote himself to the presidential campaign that was taking place in the country, where he was ahead in all the polls that, placing him as the main favorite to occupy the ﬁrst administrative position in the country.

On June 17, 2018, Iván Duque was elected President of Colombia for the constitutional period 2018 – 2022, with 10,398,689 votes, and a government program based on Legality, Entrepreneurship and Egality, defeating Gustavo Petro by more than two million votes at the polls, giving him and his running mate, Marta Lucía Ramirez, an absolute victory.

During his presidency, Iván Duque led the fight to solve the social and economic problems derived from the COVID-19 pandemic, starting with the diﬃcult decision to decree mandatory preventive isolation throughout the country from March 2020.

Among his main achievements in government are:

-Creation and implementation of the largest package of social support measures, in response to the crisis caused by the Covid 19 pandemic, including employment support programs, emergency food distribution, and the Solidarity Income program to beneﬁt 3 million households that did not receive any transfers from the State (the ﬁrst universal basic income program in the country).

-Creation and implementation of the free public higher education program for young people from low- and middle-income households, as well as the ﬁrst programs to promote youth employment, and the implementation of the Youth Councils as a mechanism for direct political participation of those under 28 years of age.

-Creation and implementation of the Temporary Protection Statute for Venezuelans, the largest refugee assimilation program in the world, regularizing 1.8 million adults and minors to establish their lives with dignity and opportunities.

-Reactivation and completion of the main road infrastructure projects in the country, the fourth-generation concessions (4G), including the Tunnel of La Linea and the Cordillera Central Crossing (the longest and most complex road tunnels in Latin America). Additionally, he structured and put out to tender the ﬁrst package of ﬁdh-generation concessions (5G).

-Economic reactivation, making Colombia one of the few countries to recover macroeconomic and social indicators to levels prior to the Covid-19 pandemic by mid-2022.

-Unprecedented expansion of policies to support culture and creative industries, multiplying by ﬁve the resources of direct support (transfers) and indirect (tax credits), eﬀectively making Colombia the most dynamic hub for audiovisual production in Latin America.

-Frontal ﬁght against drug traﬃcking and organized crime groups, presenting the highest number of captures of high and middle-level crime leaders, as well as the dismantling of illegal groups in a four-year period.